Entrepreneurs from the United Kingdom of Great Britain and Northern Ireland and the Kingdom of Norway who settle VAT in Poland are not required to appoint a tax representative despite Brexit. Poland has joined the group of member states that make it easier for taxpayers from certain third countries to settle tax on goods and services in Poland. The new regulations will come into force retroactively from 1 January 2021.

Right after the tension of the first package of facilitations for VAT taxpayers ‘SLIM VAT’, which came into force on 1 January 2021, went down, the Ministry of Finance published the assumptions for the next package ‘SLIM VAT 2’. From 18 February 2021 to 1 March 2021, pre-consultations were held for the package ‘SLIM VAT 2’. The package, according to preliminary assumptions, should become effective from 1 October 2021 or 1 January 2022.

The CJEU has issued a landmark judgment concerning VAT settlements between a branch and a principal establishment belonging to a VAT group, where both locations are situated in different countries within the EU. According to the Court, a branch of a foreign entrepreneur in one member state should be treated as a separate VAT taxpayer from the head office belonging to a VAT group in another member state. Such conclusions were contained in the judgment of 11 March 2021, case C-812/19 – Danske Bank A/S. The consequences of such a turn of events will be felt by many entrepreneurs.

Explanations of the Ministry of Finance regarding the intra-Community supply of goods issued on 17 December 2020 systematize the current practice of applying the provisions regarding the intra-Community supply of goods. It should be reminded that the explanations do not apply to all conditions for applying the 0% VAT rate, but only to one of them. MF referred to the situation when goods have been dispatched or transported by the supplier from an EU Member State to the purchaser in the territory of another EU Member State.

We have already informed you several times about the rules of taxation of cross-border mail order. According to the assumptions of the EU e-commerce tax package, the rules of VAT taxation in the field of e-commerce will be changed from 1 July 2021. The member states of the European Union are working on the implementation of these changes so that they can become part of the national legal order.

The European Commission is conducting consultations on so-called VAT groups. According to the VAT Directive 2006/112/EC, Member States may consider several companies established in the same Member State, which are legally independent from each other but have close financial, economic and organisational links, as a single taxable person. Although VAT groups already exist in some countries, Poland is only now at the stage of introducing regulations in this area.

The rules on foreign currency invoices and their conversion for VAT purposes often cause problems for entrepreneurs. When issuing an invoice in a foreign currency, the seller is obliged to provide information on the amount of VAT converted into Polish zlotys. If the amount of VAT in Polish zlotys is missing, the invoice is considered defective and, according to the tax authorities’ position in tax interpretation, the right to deduct VAT may be questioned.

Since the New Year, some of the changes from the so-called SLIM VAT package (simple, local and modern) prepared by the Ministry of Finance, which we analysed in one of the previous entries, have come into force. The new regulations were intended to introduce tax simplifications for entrepreneurs, but they already raise some doubts among taxpayers. Below we have described the most important changes, which entered into force on 1 January 2021.

According to the sentence of the Supreme Administrative Court (NSA) of 4 August 2020 (signature I FSK 1848/17), regular supplies from the warehouse are continuous if the agreement concluded by the parties shows that they will be repetitive on predetermined dates. The tax liability will arises at the end of the settlement period to which the payments relates and the VAT return itself can be made in joint manner.

15 October 2020 the Court of Justice of the European Union (CJEU) has passed an important sentence (ref. C-335/19), concerning the possibility of applying relief for bad debts and the incompatibility of Polish VAT regulations with EU law in this area.

END_OF_DOCUMENT_TOKEN_TO_BE_REPLACED 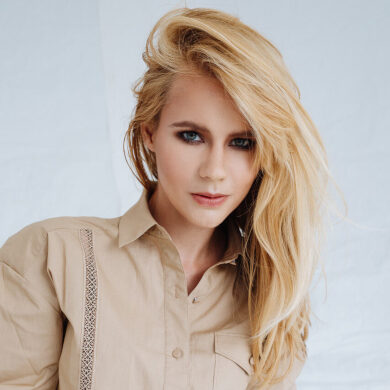 Tax adviser (PL), attorney-at-law (PL), MBA, head of the VAT department. I assist clients - foreign companies investing in Poland, at all stages of the investment process, by creating tax structures, tax planning, tax risk management and increasing the effectiveness of VAT settlements. In my daily work with clients, I focus on the comprehensiveness and interdisciplinarity of my consultancy. I also represent clients in tax proceedings before tax authorities.