According to a ruling by the Provincial Administrative Court ( WSA ) in Warsaw, errors made by foreign entities in the content of applications for VAT refunds charged in Poland cannot constitute grounds for refusing to grant VAT refunds. Polish regulations depriving foreign taxpayers of the right to a VAT refund due to errors committed in the application, consisting in incorrect indication of the timeframe of the refund requested, are contrary to Directive 2008/9/EC.

Background and history of the dispute

A taxpayer based in Germany claimed a refund of value added tax based on invoices that document the purchase of goods (truck cranes) in October 2018. In the content of the application submitted in the country of his registered office and transmitted electronically to the Polish tax authority, the taxpayer indicated the period from 1 January 2019 to 31 March 2019 as the refund period, as the invoices documenting the purchase were not issued until 15 February 2019.

The Polish tax authority denied the right to a refund, indicating that the taxpayer should specify as the refund period in the application, the period covering October 2018 (i.e. the period in which he purchased the goods) and not the period relating to the following year in which the invoices were issued.

Already at the appeal stage against the decision refusing the refund, the taxpayer argued that the decision does not comply with the law, because it is based on an executive provision which incorrectly implements Community regulations into the Polish legal order. As a consequence of incorrect implementation, the taxpayer may directly invoke Directive 2008/9/EC.

In addition, the taxpayer stated on appeal that, by unjustifiably prolonging the proceedings, it had in fact lost the opportunity to make a fresh application for the refund of VAT on invoices issued on 15 February 2019, indicating as the refund period – the period covering the purchase of goods in October 2018. (e.g. the period from 1 January 2018 to 31 December 2018 ).

By its action, the taxpayer repeated the pleas raised in its appeal, emphasising the infringement by the authorities at both instances of the Community and constitutional principles of proportionality and neutrality in relation to VAT.

In the judgment of 20 May 2021 (case ref. III SA/Wa 2534/20), the WSA took into account all the objections raised by the appellant and stated categorically that the Polish implementing provisions, to the extent to which they define the timeframe of the “refund period” in the procedure for foreign entities, infringe the provisions of Directive 2008/9/EC.

Moreover, carrying out the abuse of rights test, the court found that the actions taken in the course of the proceedings (challenging the taxpayer several times to submit explanations in the case) were not dictated by the need to conduct the proceedings, but were aimed at bringing about a situation in which the submission of another application with the one-year refund period would be already late (the deadline was 30 September 2019 and the refusal decision was issued in October 2019). The abuse test in the case at hand thus boiled down to asking whether the actions taken by the tax authority to prolong the proceedings were justified. A negative answer, in the court’s view, indicates an abuse of law through instrumental use by the tax authority of the provisions of the Tax Ordinance.

“Precedential” nature of the WSA’s judgment

At the outset, it should be emphasised that no body of judicial and administrative case-law has so far attempted to interpret the Community and national provisions governing the principles of the application for a VAT refund by foreign entities.

Earlier litigation in similar cases ended in dismissal of the complaints because the pleas put forward were poorly formulated – the complainants did not plead infringement of the principles of proportionality and VAT neutrality.

The ruling of the Voivodship Administrative Court in Warsaw is precedent-setting in this respect. For the first time the above-mentioned allegation was raised correctly, which opened the possibility of proceeding in the scope of incorrect implementation of Community regulations.

Gist and conclusions of the judgment of the WSA

Coming to the merits of the case, it is impossible not to agree with the interpretation of the provisions presented by the WSA in Warsaw in its justification, which may be reduced to five key conclusions.

Prevention is better than entering into disputes with tax authorities

Many disputes with the tax authorities, usually involving foreign taxpayers, could be avoided at the stage of a correctly filled in VAT refund application.

Taxpayers are overlooking the fact that such a request is always dealt with by the State of refund, according to its national legislation, which should in principle correctly implement the Community rules.

Unfortunately, as practice shows, these provisions are often implemented incorrectly in national legislation, which undoubtedly does not support the certainty of legal transactions and exposes taxpayers to additional high costs associated with pursuing their rights in court proceedings.

With the above in mind, at each stage of the application process for a VAT refund in Poland, from the application stage through to litigation before the courts, it is worth considering the assistance of professional tax advisors who are familiar with Polish regulations and have practical experience in this type of proceedings.

In case of doubt, you are welcome to contact the VAT specialists of VON ZANTHIER & SCHULZ. 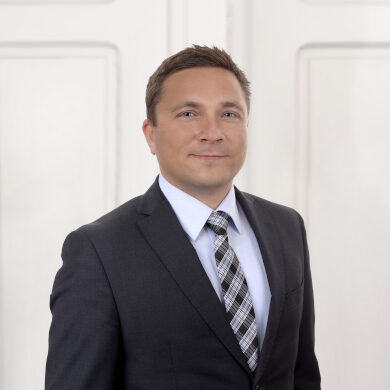 LL.M., attorney-at-law (PL)/tax advisor (PL)/Partner, Poznań. I support clients in national and international investment projects, as well as in the areas of corporate and tax law. I represent clients' interests in corporate disputes and tax proceedings.