On 12 October 2022, the so-called holding company law will come into force in Poland. We invite you to familiarise yourself today with selected changes to the Code of Commercial Companies (hereinafter: the Act) brought by the new legislation.

On the one hand – in business practice, the boards of directors of subsidiaries must take care of the interests of the entire group. On the other hand, the current state of the law obliges the subsidiary’s board of directors to look after its interests first and foremost. In an extreme situation, the board can even be held liable for causing damage to the company.

The new legislation will also change the liability rules for the board of directors of companies operating within a holding company.

A binding order will exclude the board’s liability

The new rules allow a parent company to issue so-called binding instructions to a subsidiary. Their issuance will have to be in written or electronic form under pain of nullity and be justified by the interests of the group of companies.

The command should also indicate:

Significantly, the members of the subsidiary’s board of directors will not be liable for damage caused to the subsidiary as a result of following a binding order from the parent company.

Need to be registered with the National Court Register

The application of the new holding company law to corporate groups will not be automatic. In order for the management of a subsidiary to benefit from the limitation of liability, it will be necessary for the shareholders of the subsidiary to adopt an appropriate resolution.

The new holding law responds to the needs of the market by introducing procedures into the Polish legal order that reflect the actual functioning of capital groups.

The new provisions formalise, on the one hand, the exercise of a dominant position by parent companies, on the other hand, they limit the liability of the boards of directors of subsidiaries for damages arising from the execution of the parent companies’ instructions. 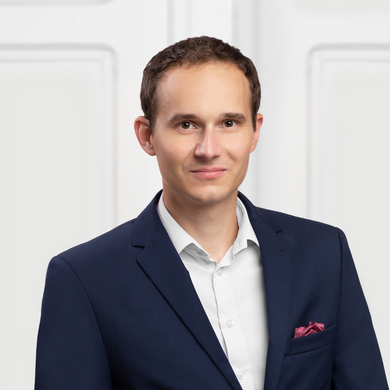 attorney at law (PL), Poznań I support entrepreneurs with German capital - company owners and board members in their day-to-day operations. I specialize in corporate law and transactional advisory (M&A). In 2019, I was certified as a lead auditor for the ISO/IEC 27001 standard (information security).