Although the protection of whistleblowers in particular has so far been discussed mainly in autumn 2021, this does not mean that the lack of implementation of Directive 2019/1937 of the European Parliament and of the Council of 23 October 2019 has completely buried the topic. On the contrary. The holiday period favours the Legislature in drafting more whistleblower protection legislation. Recently, the fourth version has already appeared on the website of the Government Legislation Centre. It is worth keeping your hand on the pulse, as it is still unclear when the actual law will enter into force and activate obligations on the part of companies, as well as what its final form will be.

Pursuant to the Whistleblower Protection Directive, European Union Member States were obliged to implement whistleblower protection provisions into their national legal order. Despite the formal obligation to implement the directive and apply its provisions to companies with at least 250 employees by 17 December 2021, it is still the case that most member states have not met this deadline.

Already at the beginning of 2022 The European Commission, concerned about the state of the legislative process in the Member States, issued letters of formal notice to the Member States to remedy the deficiencies and implement the Directive, which initiated formal infringement proceedings.

With more than half of EU Member States failing to implement whistleblower protection legislation despite the letter of formal notice, on 15 July 2022. The European Commission issued a communication calling for clarifications on the deficiencies and failure to implement the relevant directive in the national legal order. In addition to Poland, the Member States summoned include Germany, the Netherlands, the Czech Republic and France, among others.

The ball is in the Member States’ court

The regulations indicate that, as a rule, a Member State has two months to respond to the European Commission’s question and indicate the status of work on transposition of the directive into the national legal order. It can therefore be expected that work on the final form of the law will accelerate strongly, as the deadline for submitting a response will be mid-September 2022. A lack of feedback from the Member State may result in a referral to the Court of Justice of the European Union and, ultimately, a finding that the Member State has infringed EU law.

As long as the Polish legislator does not implement the Whistleblower Protection Directive into the national legal order, it is not private entities that will be penalised for failing to implement a whistleblower protection system, but at most Poland as a Member State.

However, on the other hand, the obligation to set up a system of protection of whistleblowers will not bypass anyone employing more than 50 people (about which more later in the article), for the time being the final shape of this system is not known.

Protection of whistleblowers – history of the Polish legislative process

The first draft of the bill appeared as early as October 2021, but due to its imperfections, it was already widely criticised at the consultation stage and subjected to further amendments.

A revised second draft appeared on the website of the Government Legislation Centre in mid-April 2022, but it too required many amendments.

The holiday period and the pressing time for feedback to the European Commission resulted first in a third and, in recent days, a fourth draft of the Whistleblower Protection Bill.

Failure to do so may be punishable by a fine.

The devil is in the detail

Significant changes that have been added to the third and fourth drafts of the bill include:

Existing regulations have been maintained with regard to defining a breach of law, whistleblower or retaliation.

The coming days, weeks and months….

It is likely that work on the final form of the bill will finally gather pace. According to the draft, businesses with at least 250 employees will be required to create an internal whistleblowing policy 2 months after the law comes into force.

Given the urgings from the EU, we can expect a rapid completion of the legislative process and implementation of the obligations for entrepreneurs. They may still have to face this task before the end of 2022.

If you need support in implementing an internal whistleblower policy, our specialists Dr. jur. Jan Muszyński (attorney-at-law) and Aleksandra Philips are at your disposal. 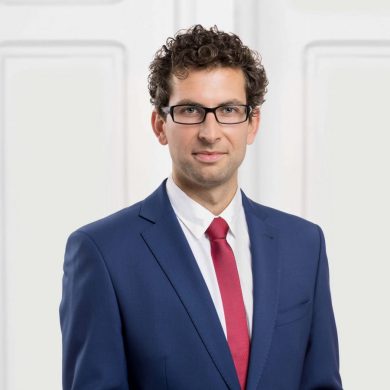 attorney at law (PL), Poznań I specialise in issues including M&A transactions and company law. I also advise companies on compliance issues and design and implement systemic approaches and procedures for whistleblower protection. I also support companies in the area of labour law.