Tax changes resulting from the Polish New Deal came into force on 1 January 2022. The tax revolution will affect almost everyone. One of the groups that will feel the effects of the Polish New Deal are people who perform functions on the basis of an appointment act and receive remuneration on this account. The changes will primarily affect members of management boards and proxies, members of audit committees, among others in companies and associations. What changes are to be expected?

Serving under an appointment letter can be done in two ways:

For those employed by the company, the changes resulting from the Polish New Deal are essentially the same as for employees, as I have already analyzed in a blog post titled “The Polish New Deal and employee compensation in 2022.“. In the case of persons holding office under an appointment letter, the situation is a little different.

Until now, holding a position on the basis of an appointment letter, with receipt of salary, without an additional employment contract or a civil law contract, did not constitute a title to social and health insurance.

The Polish New Deal assumes that performing functions on the basis of an appointment letter, for remuneration, will constitute the title to health insurance. This means the necessity to pay health insurance premiums on salaries of members of management boards/proxies of companies, associations and other groups such as members of the Audit Committee.

However, these persons will still not be subject to social security.
Importantly:

According to the assumptions of the Polish New Deal, the health contribution will amount to 9% of the assessment basis, which will be the amount of remuneration paid.

What about foreign entities?

The contribution will also be obligatory for members of the management board/proxies who perform their functions in foreign companies, if such a person is subject to Polish social insurance regulations.

The collection of contributions and reporting to ZUS will be the responsibility of the entity paying the remuneration. For foreign entities, this will mean the need to register with the Polish ZUS.

The change is controversial in that not every foreign entity follows the changes in Polish legislation. Not every natural person, even those living in Poland, will be aware of these changes.

In the case of foreign entities, this can lead to a situation where contributions are not paid, resulting in arrears with interest. We should also remember that the European Union has efficient mechanisms for mutual assistance in the collection of public debts, which include health insurance contributions.

Also non-residents who perform functions on the basis of an appointment letter in Polish entities will have to pay social insurance contributions, unless they are subject to other social insurance legislation (e.g. from EU/EEA countries or another country with which Poland has concluded an agreement on social security).

In that case, it will be necessary to obtain an A1 certificate of being subject to insurance in another country. Unfortunately, even if you are covered by a foreign social insurance system, you will have to pay a real tax in Poland.

The health contribution paid will not be tax-deductible, which in practice will result in an increase of the tax burden of members of the board by 9%.

Also members of the management board insured in another country will not deduct health care contributions paid abroad from their taxes. It means that a foreigner holding a position of e.g. a member of the management board of a Polish company being at the same time subject to health insurance e.g. in Germany, will not deduct the health contribution paid in Germany from his tax. Until now, it was possible to deduct from tax the amount paid for health insurance in another country, under certain conditions. From 1 January 2022 such deduction will not be possible.

Keep in mind that the so-called middle class relief, intended to compensate for the lack of a tax deduction for health care premiums, will not be available to this group.

Foreigners, on the other hand, who want to avoid paying contributions in Poland, will have to obtain an A1 certificate in their country and remember to renew it periodically. 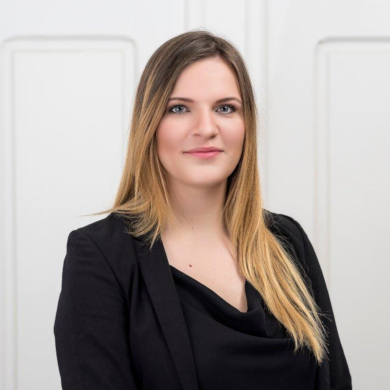