The purpose for which the National e-Invoice System (KSeF) was established is to be able to issue, store and maintain structured invoices in a centralised database. The KSeF will be integrated with, among other things, the Electronic Invoicing Platform, which is used for public procurement services. The system was introduced in Poland at the beginning of 2022, but its mandatory use is not planned until 1 January 2024. In the meantime, the legislator is once again updating the project’s assumptions.

According to the bill, e-invoicing will be obligatory for VAT taxpayers with a registered office or fixed establishment in Poland. Foreign taxpayers registered for VAT purposes in Poland will be able to use e-invoicing on an optional basis.

The same obligations will apply to correction invoices. Corrections issued in a structured form will be recognised by the seller in the period of issue of the invoice and by the buyer in the period of its receipt. The vague previous provisions on the need to collect documentation confirming that the terms of the correction have been agreed will disappear.

In addition, the draft assumes that from the beginning of 2025, it will not be possible to issue a simplified invoice using a fiscal cash register.

Benefits of using an e-invoice

In addition to the new obligations, the draft introducing the KSeF also contains certain facilitations and benefits, including:

Penalties may be incurred by taxpayers who, for example, continue to issue traditional invoices or invoices that do not comply with the applicable structure.

The minimum penalty for not issuing an invoice using KSeF or issuing one not in accordance with the logical structure can be 1 000 PLN, and in the case of failure to send an invoice on time after a system failure, 500 PLN.

Bearing in mind that this is still just a draft law intended to introduce innovative solutions for a huge number of entities, we encourage you to continue to follow our blog, where we will keep you updated on possible changes to the KSeF subject. 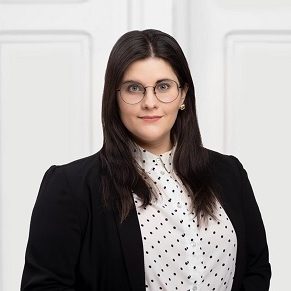