Limitation periods after the amendment act to the Polish Civil Code

General regulations and limitation periods in Polish civil law can be found in the Polish Civil Code and are as follow:

The Civil Code also provides for a number of other specific limitation periods, such as:

So if you have unpaid 2019 sales invoices by your counterparty, it is most likely that their statute of limitations will expire at the end of this year.

4 ways to interrupt the limitation period

1) Bringing a lawsuit
In order to interrupt the running of the limitation period by bringing a lawsuit before the expiry of the limitation period, the lawsuit must be successfully brought. This means in practice that it has no formal deficiencies and is properly paid (or has been submitted together with a request for exemption from the costs of filing a claim). If a lawsuit cannot be duly processed due to the party’s failure to comply with the formal requirements or to pay the applicable fee, the presiding judge shall request the party to remedy any errors or omissions therein or to pay the applicable fee within one week. A pleading whose errors or omissions are rectified within the prescribed time limit shall take effect as of being filed – including as a result of interruption of the limitation period. However, if the deficiencies are not remedied despite the summons, and the letter is not corrected or paid, the court will return it to the party. A return lawsuit shall not produce the effects which the law provides for filling of a lawsuit with the court – in such a case the limitation period will not be interrupted.

2) Motion for a summons to a conciliation session
Irrespective of the subject-matter jurisdiction of the court, a motion for a summons to a conciliation session may be filed with a district court of general jurisdiction over the opposing party or, if there are no grounds for establishing such jurisdiction, to the district court competent for the place of residence or registered office of the person making the request. As a result of the motion, a so-called conciliation session is initiated with a view to concluding a settlement before the court. The motion should briefly describe the facts of the case and submit settlement proposals. The conciliation procedure involves settlement negotiations between the parties. It is worth remembering, however, that the court does not take evidence as part of the conciliation.

In practice and in the judicature, it is controversial whether summons to a conciliatory attempt should lead to the interruption of the limitation period. Different, opposing views on the subject are formulated, which result primarily from the fact that, in the opinion of many lawyers, the institution of the settlement attempt is often misused and exploited solely for the purpose of interrupting the limitation period.

3) Recognition of a claim by the debtor
Recognition of the claim is another method that results in the limitation period being interrupted. A distinction is made between:

Before the end of the year, it is a good idea to review cases with any claims. As a result of the amendment to the Civil Code, which entered into force in 2018, the rules for calculating the limitation period have changed, the end of which generally falls on the last day of the calendar year, unless the limitation period is shorter than two years.

In each of the possible forms of interruption of the limitation period, certain steps are necessary for the effectiveness of such an action. 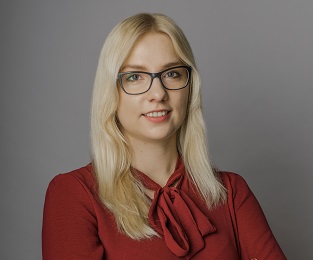 Attorney-at-law PL, LL.M., Poznań. I advise clients - small and medium-sized enterprises in the field of civil, economic, commercial and labor law. I support foreign entrepreneurs in investment projects in Poland. I specialize in the data protection (GDPR) and e-commerce.